A Spoonful of Sugar 2021 in Second Life

Inara posted about this annual festival. It’s for a really good cause, so I’m more than happy to relay her post in my bloggy as well.

Inara Pey: Living in a Modemworld 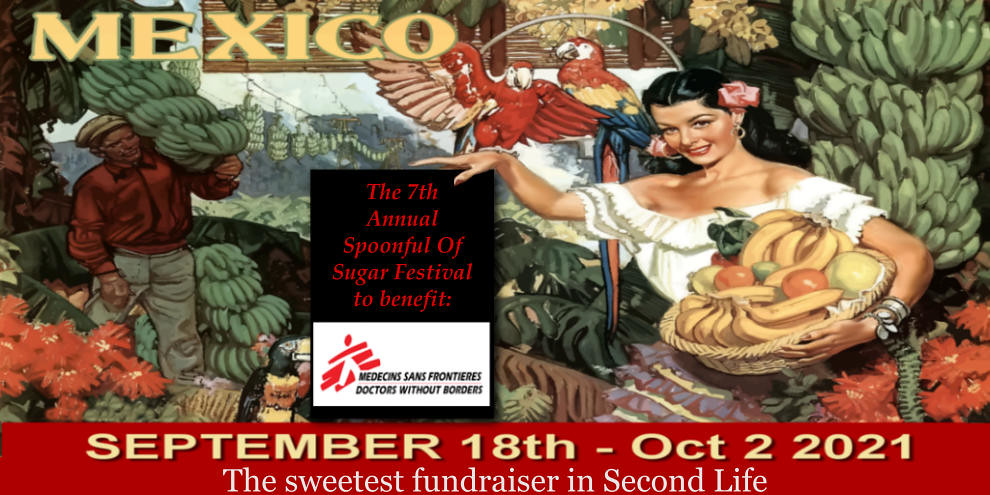 Currently underway in Second Life through until Saturday, October 2nd, 2021 is the annual Spoonful of Sugar festival in support of Médecins Sans Frontières (MSF)).

Also known as Doctors Without Borders, MSF was founded in Paris, France in 1971 as a non-profit, self-governed medical humanitarian organisation delivering emergency aid to people affected by armed conflict, epidemics, natural disasters and exclusion from healthcare around the globe, based on need, irrespective of race, religion, gender or political affiliation.

Since its founding, MSF has grown to a movement of 24 associations, bound together as MSF International, based in Switzerland. Thousands of health professionals, logistical and administrative staff – most of whom are hired locally – work on programmes in some 70 countries worldwide to provide medical and social care and support for a staggering 10+ million people annually. Much of this work is focused on third world…

Surviving politics on the Canadian Prairies