O@tNetflix: What Did Jack Do?

Elusive short in which a detective is seated at a table interrogating a talking monkey and suspected murderer named Jack. 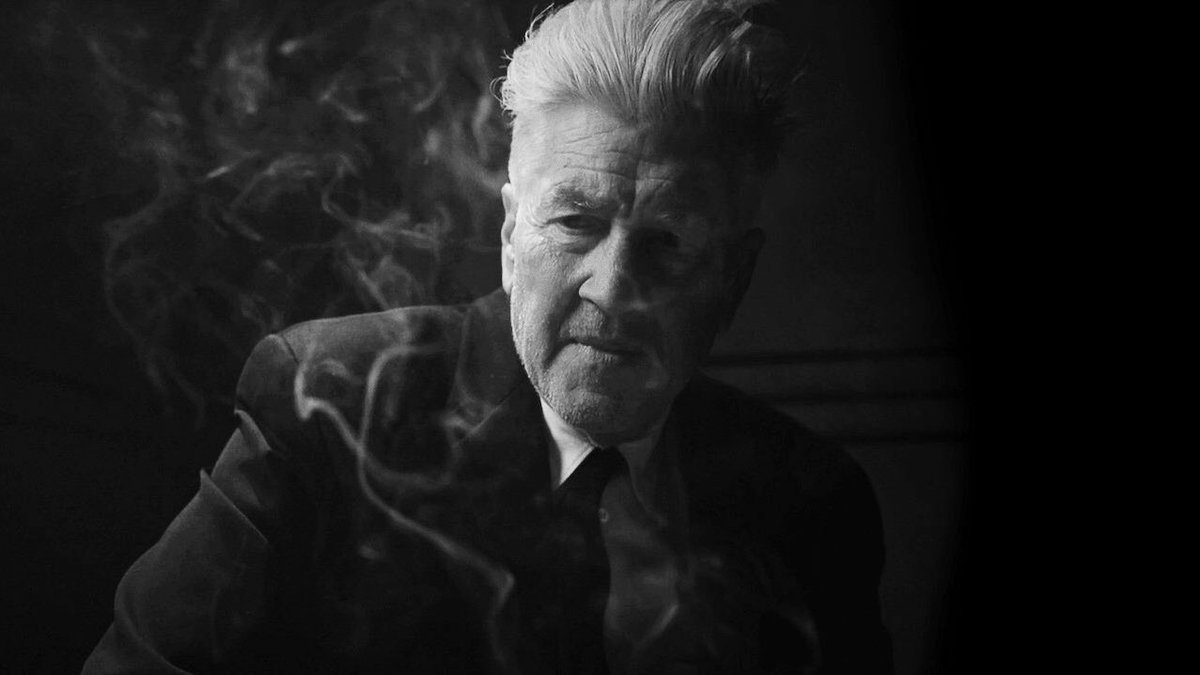 David Lynch. Alleged genius, artistic filmmaker … or pretentious hack with a very bad hit:miss ratio of 1:10,000? My personal judgment leans towards the latter but when so many, so much more expert movie goers and reviewers rate him so much higher, who tf am I to say his movies are shit?

Particularly since my rolemodel film critic, the super approachable, sharp-minded and well-versed Jay – of the Assholes Watching Movies blog – liked this Lynch shorty, I had to take at least a look at it. So hubs and me sat down and did exactly that. We watched WDJD, we paid attention and we watched it with intent. And we both kinda hated it or were like Meh! about this low budget joke. 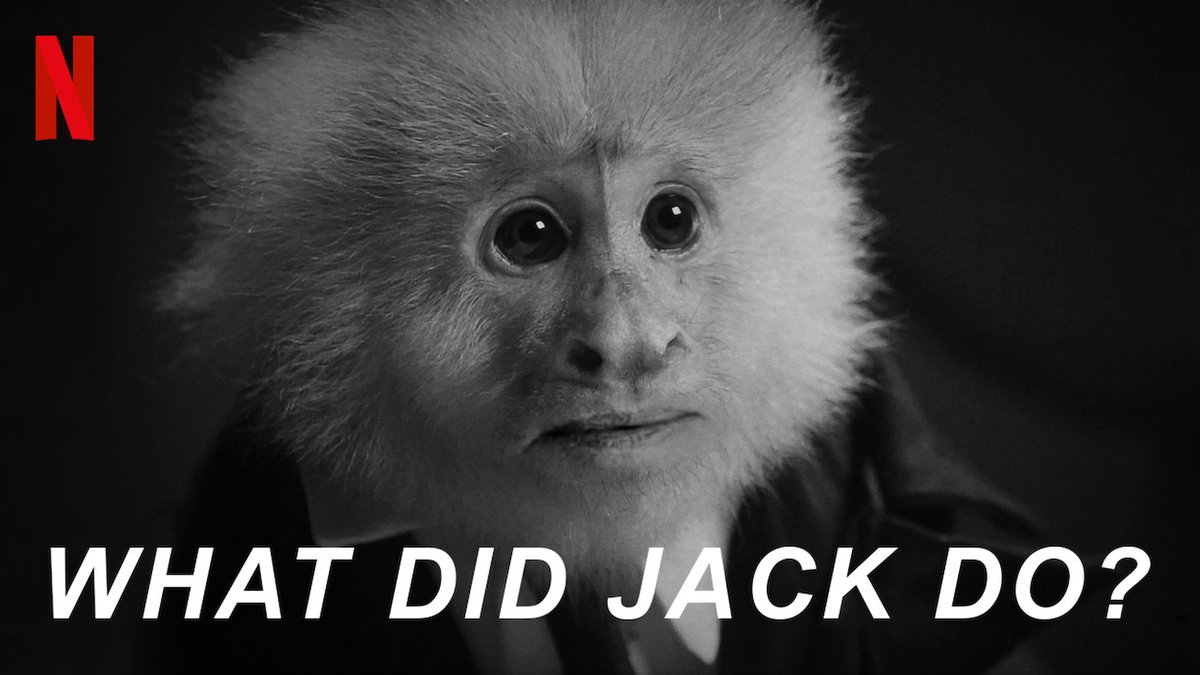 But when asshole Jay likes it, why couldn’t we?

The story is quickly told and very simple: One interrogating detective (Lynch), one alleged killer, capuchin monkey, Jack, with a badly CGI’d human mouth and a robotic voice. The setting is supposed a to be a locked down train station’s café but was obviously shot in someone’s bedroom, garage or lounge. The budget was supposed to be around 10.000 U$ woolongs but looks not a cent more than 50. Lynch and Jack are the only acting “persons”, apart from a waitress bringing coffee. The rest of the world consists solely of PA messages and train noises.

Oh, did I mention, WDJD was shot in a ungloriously bleak black and white? So we have  a classic film noir setting but the screenplay isn’t as sophisticated or clever as that of most original movies of the time period in the 30s and 40s of the last century. Lynch ain’t no Bogey, and Jack is … well, just a rogue monkey. 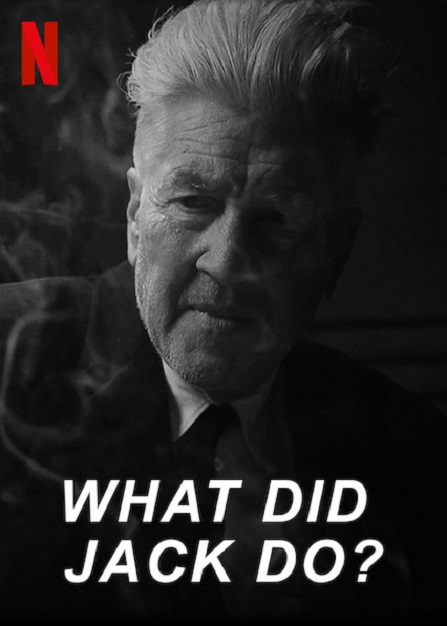 If Jack was supposed to be a metaphor it went right over my pretty dum noggin. We saw a monkey making excuses and trying to avoid answering questions. And we saw the detective coming up with derailing questions and stupid figures of speech as well. So that was what made WDJD literally so elusive? Badly written dialogue that doesn’t get to the point is elusive by nature – not by artistic merit!

Short, the conversation turned in circles and we weren’t any wiser until, like, minute 16 of the 17 minutes runtime of WDJD. Jack unsuccesfully tries to escape, which is usually as good as a confession.

Sorry Jay, sorry movie illuminaries, WDJD looks like an interesting concept for an artschool project, not worthy of a “great artist”, a cultural icon like David Lynch. This could as well have been a practical joke. And sorry Netflix, you’ve been taken for a ride.