Hai mi frens, and welcome to the last Orca @ the Movies column for this year. Two movies this time, not infuriating bad flicks but also not much to write home about. I guess – you know me – I could write a lengthy book about every single one nevertheless, but is that really necessary? No, eh?

So if you please be so kind and follow me into the dark, damp and cold projection room …

One long decade after the post-apocalyptic events in Zombieland (2009), the resilient quartet of survivors–the tough-as-nails zombie exterminator, Tallahassee; his rule-making comrade, Columbus; the free-spirited huntress, Wichita, and her younger sister, Little Rock–find themselves in the bosom of a now-derelict White House. However, in a rabid world still overrun by multitudes of walking dead and mutated strains of evolved animated corpses, a premeditated separation will send the team back to square one, searching, once more, for the promised land. Now, all hope rests on Babylon: an entirely organic commune of blissful vegetarian pacifists who love to party. Is this the end of the road? 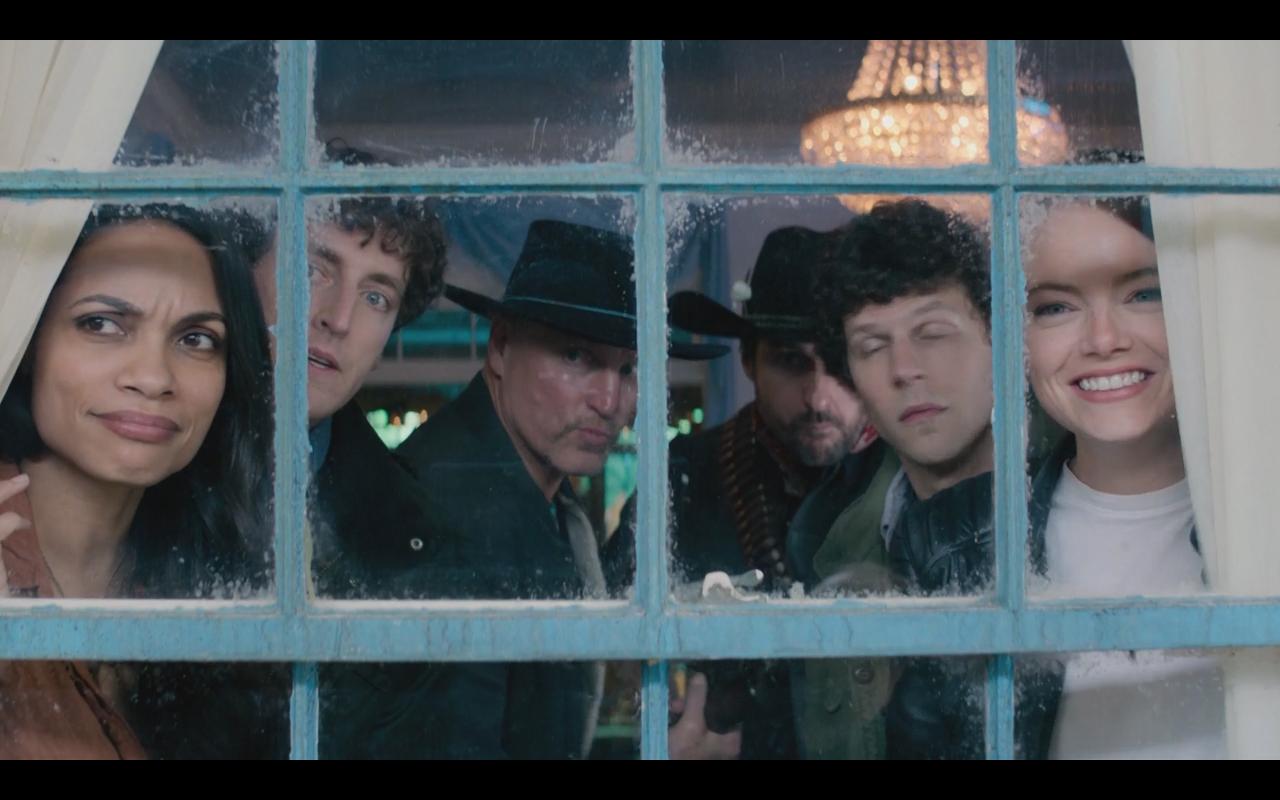 Double Tap is the much betterer moovie compared to its 2009 predecessor, both in the  production and screenplay departments. Lotsa fun in this one. And this time our rat tag team of Harrelson, Eisenberg, Stone and Breslin got the good script by the writers of Deadpool and the director of Venom. And also some hi-class suporting roles by Rosario Dawson and Luke Wilson.

Harrelson and Stone are great as usual, Breslin is fugly and doesn’t have much to add … and Eisenberg is gnawing at our nerves, also as usual.

A really rounded experience and not the wurst way to spend ones time.

And, oh yeah, we get a whole new bunch of zombs this time around, among them the Homers. 🙂 LOL

In 1862, pioneering meteorologist James Glaisher (Eddie Redmayne) teams up with daredevil balloon pilot Amelia Rennes (Felicity Jones) to advance human knowledge of the weather and fly higher than anyone in history. While their voyage to the very edge of existence helps the unlikely pair find their place in the world, they face physical and emotional challenges in the thin air, as the ascent becomes a fight for survival.

The Aeronauts is a well-made but clumsily directed two-person play about a balloon ride. They ascend, they get into trubbelz, almost die … and then they descend and plopp down again. Jones and Redmayne give their British best and it’s not enough to awaken the magic of a balloon ride, not the dangerous pioneering spirit nor the excitement about scientific results.

Not a bad flick but could’ve been lots besterer.