The teenager Lane Meyer has a crush on his girlfriend Beth Truss. When Beth dumps him to stay with the successful skier Roy Stalin, Lane is depressed and decides to commit suicide. However he gives up and tries to improve his skill of skier to ski the dangerous K12 slope to impress Beth. Meanwhile his neighbor Mrs. Smith receives the exchange French student Monique Junot and her fat son Ricky Smith considers Monique his girlfriend; however, Monique has an unrequited crush on Lane that does not note her. When Lane stumbles upon Monique in a high-school party, he befriends her. The upset Lane challenges Roy in a competition on the K12 slope but then he regrets. However Monique is a great mechanic and skier, and fix Lane’s Camaro and teaches him how to ski the K12 slope. What will happen to Lane? 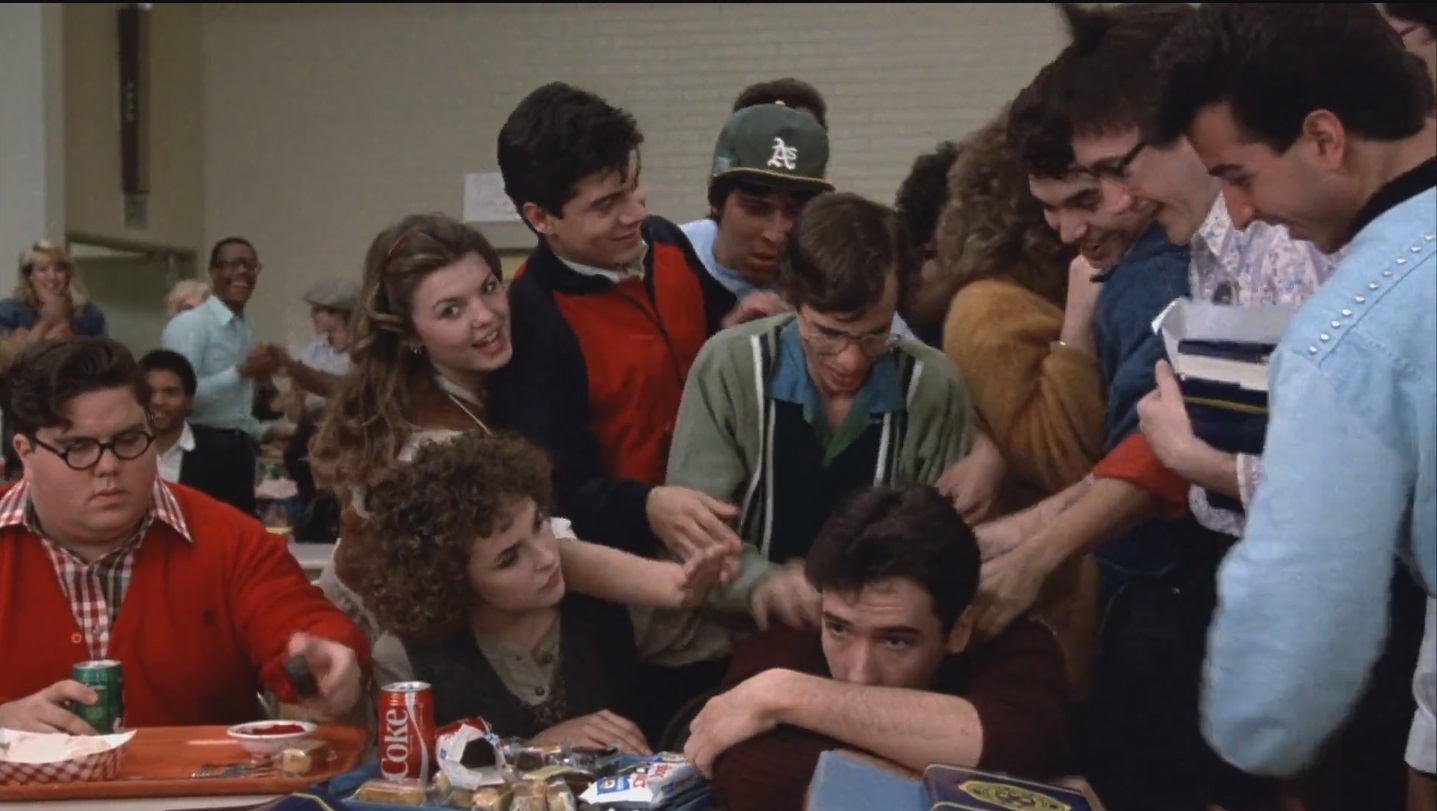 Hey, I’ve put the year of this film’s production right in the title of this review since it’s kinda all what BoD is all about. And as a warning! Don’t like cheese – better stay away from this flick. Because cheesy it is, but not in a good way.

Confused by this very … um, inconsiderate, synopsis? Don’t be, as it kinda accutarely tells you what happens in the movie. It’s a shambles. The script can never decide if it’s a drama or a comedy. And the direction by a certain Savage Steve Holland is so all over the place, he never knows how to direct his kinda impressive cast.

Lane tries two or three times to off himself. But it’s so unconvincingly set in scene and played, you can’t develop any empathy for the character at all. So it’s a comedy, right? No, yes, maybe, we won’t know. Because it’s not funny neither. Not that they didn’t try to make it hilarious but they failed every time.

Actually, thinking back (we watched BoD just a couple hours ago) we didn’t laugh a single time in this movie. Maybe the one or other smirk, but that was all. And it’s a shame, really. BoD had all the right ingredients to become a huge teenage hit, kinda epitome of the whole 80s teenager flick culture rolled in one movie. But it failed super badly.

Both girl love interests were badly developed and boring, as was Lane’s best mate. Lane’s crush, or let’s better say ‘obsession’ leaves him for his rival, and we don’t get any reaction from Lane but just a botched suicide attempt. The french girl turns out to be not just a superduper car mechanic (of course, she’s French) but also a super duper skier (she’s French you must know), enough reasons for Lane to fall in love with her.

That’s hilarious, right? It should be but … as everything else in this lame flick, it just happens and … and what? It happens, we’ve seen it, what else do we want? Expected a cheesy over the top reaction? Cusack is too cool and can’t be bothered. Neiher can’t his movie-daddy David Ogden Stiers. Why did the screenplay elaborately get them into so much trouble if they, or the director, didn’t make anything of it?

When looking at the screenshots now I gotta say that individual acting wasn’t that bad in parts, and some, particularly the female roles did everything to get something out of their very restricted screentime. While Lane’s crush Beth Truss had literally nothing to do but just being a blonde bimbo with very basic taste in boys, Diane Franklin as Monique, was the only positive appearence in the whole flick, her wide-eyed positivity embodied the naive 80’s flick like no other actor here.

Listen, I dunno how I stumbled upon this shitshow, probably have heard or read some review and how bad it was … and decided to give it a try. And maybe, had I seen it as a teenager myself – I was 19 at that time – I’d enjoyed it. But now, with 34 years in between, it’s just crappy crapola!

Maybe, maybe I should watch some other, more famous 80s teenage flicks. Hmm, Breakfast Club did impress me when it came out. I was a Molly Ringwald and Simple Minds fan if I remember correctly. And the conflicts and drama and acting appeared to be more real. I don’t think it did age well neither.

But Breakfast Club did at least come with an international hit song. 🙂