LOL, at least “action” in SL, which means I myself was everything but active. Quite the contrary. I don’t know but have you ever wondered that while our avies are doing the mostest krayzee stuff in SL, we’re sitting on our a$$ses and getting fatter and phatter. 😦

Anyways, tomorrow morning the gym week starts again and I’ll be as busy and active as my little avie-gurl. And even more anywayerer, today I logged wee Orca inworld and got busy … kinda. At least did I spend some L-woolongs for cool shit. Received Drivers of SL group chat about a new freebie at Capital Motors and went there, just to have a peek. 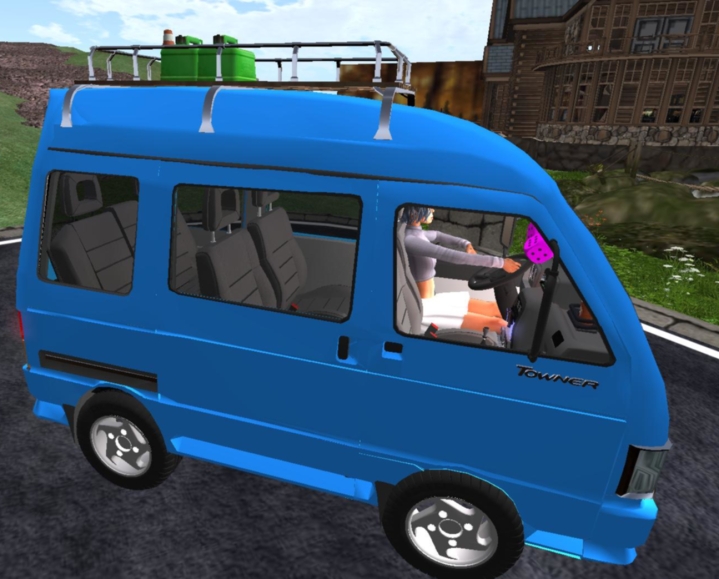 This isn’t actually a freebie but it cost me the princely sum of 1 Linden-Woolong. But it’s sooo worth it. You know how much I love Japanese Kei cars, and the 2001 Move-It Mini is a really groovy one. As you can see it comes in more paintjobs than you can shake a stick at. I guess at least 20 or so. And you can open all 4 doors and the loading hatch. Even the drive engine is great and unlaggy.

And also I bought me a new RV. Looksie: 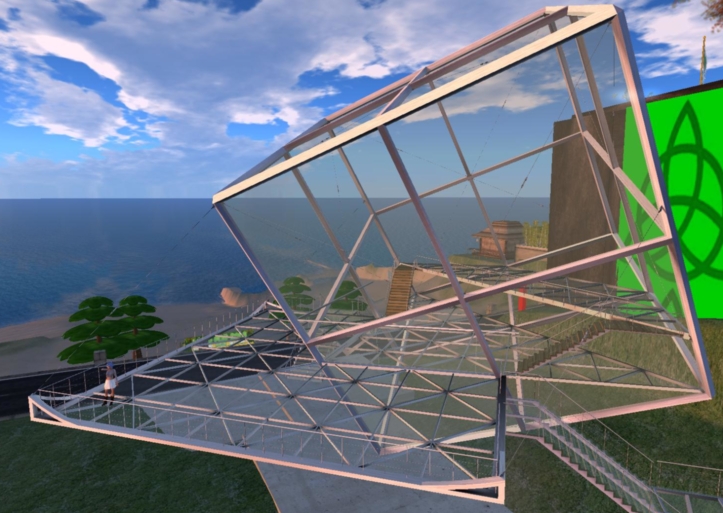 … I demolished my parcel and retuned every last prim to my inv, and instead of the onsen I rezzed this kool glashaus. Yes, it’s the same you know from Triumphal but contrary to Trap, I kinda know what to do with it and have plans for mine. It looks so cool and hi-teky I thought I’ll make a Linux info-center from it. Couple vendors with URLs for downloading the bestest distros and a big TV screen with my YouTube playlist running eternally.