Three years after the Jurassic World theme park was closed down, Owen and Claire return to Isla Nublar to save the dinosaurs when they learn that a once dormant volcano on the island is active and is threatening to extinguish all life there. Along the way, Owen sets out to find Blue, his lead raptor, and discovers a conspiracy that could disrupt the natural order of the entire planet. Life has found a way, again.

First I gotta ask for your forgiveness as I didn’t make it all the way through this flick but fell asleep in the middle of the action. I know one shouldn’t write a review under those circumstances but since I don’t plan on ever rewatching Jurassic World, I guess this is all I got … and what you’ll get as well.

Secondly, Hooray! or Aaaw shucks, depending on your taste in women’s shoes, Bryce Dallas Howard changes from her trademark heels into more sensible hiking boots when the group arrives on the enchanted island.

Thirdly, don’t you all think we know that Life will, uh, find a way by now? So, was it really necessary to warm up that stale joke, which isnt even a joke, again?

No, wait. Got more to say. I wasn’t just bored out of my skull with this shitshow, I was also a little bit angry. See, we didn’t plan on watching Fallen Kingdom in the first place but a couple days ago, while waiting for new Blu-ray releases, Hubby finally caved in and decided we gotta watch the lizards going wild, so we (partly) watched it.

People, this ain’t a real movie. Despite it’s H-wood budget, lots of CGI and Chris Pratt, it’s just a money-grabbing machine, the most unnecessary part of a franchise that should never have become a franchise. Let’s look back at the first Jurassic movie: Why was it so legendary? Mostly the – back then – gorgeous CGI. The rest was more or less a standard catastrophy film with 2 more or less stupid af kids, accompanied by bumbling idiot scientists. Nothing great apart from the lizards.

And from that original film on, it went downhill. With every re-iteration the dino empire became more silly and hit the ground with an uncomfortable Splash! in the last movie, Jurassic World (2015). That thing (incl. Ms Howard’s heels) was so bad, we really hoped it was the last time we had to witness overhyped CGI lizards on screen. But no, they really did it again! H-wood knows no shame anymore, do they?

WHAT DID THE CLEVER YT-CRITICS THINK?

Let’s get the usual Stuckmann and Jahn out of the way first, shall we? Brace yourself: 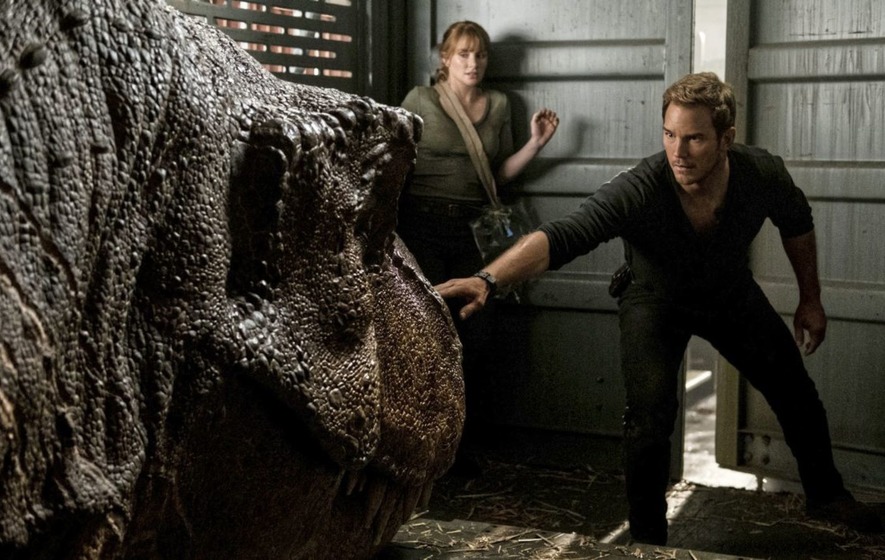 And now The Shit from Brit:

That’s it. You don’t have to go home, but you can’t stay here.

What? Hmmm, I know you all’ve waited for it so … okayyyyyy…