Progress at the Onsen

\o/ YAY! \o/ Today I felt a bit inpired and decided to work a little on my roof terrace/onsen … 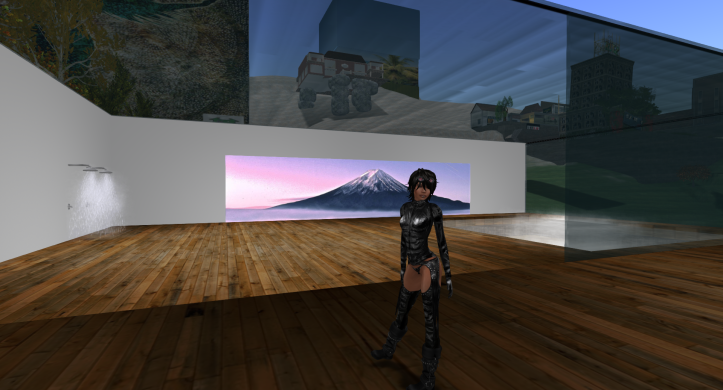 Gotz meself some steamy hot particlz and some showers. Oh, and a photo of the fukn Fujiyama. I guess there’s not a single onsen in RL Japan without a fuji mural, so OrcaOnsen needed one as well.

And no fear, the glass roof and walls are just mock ups, not the real thing yet.

See it? MHM, After, like, two years on fukn Firestorm/Phoenix viewer I’m finally back on my beloved Singularity Alpha viewer! For 64-bit Linux!  Fuk YEAH! Feels so good. 😉 Got very nice and competent help in Singu inworld group. Router Grey was so nice and prayed me thru the fukn geeky process in kinda multiple hours this morning … or rather said, yesterday morning. He even logged into an KaOS Arch Linux himself so he could help me better. 😉

See, girls, you can be as stupid and ungeeky and blond as you fancy, in 2018 you’ve got no excuse not to run Linux on your computer! It’s not just some schmutz like Windows or a suicidal cult like Apple, but a self-powered community. You’re never far away from help and nice people. Just imagine what I’d had to pay for the very professional help I got today, had I called the Microsoft helpline. 😮

And before you get some wrong feelings now … of course is Singularity also available for Windows systems! Jeez. I think Windows users are, as always, a majority of Singu users. But Singu does really make a lot of sense in Linux, which can’t be said about Firestorm or Tah Lab’s own viewer. They are a fukn disgrace, while Singus feels like a bonafide Linux app. 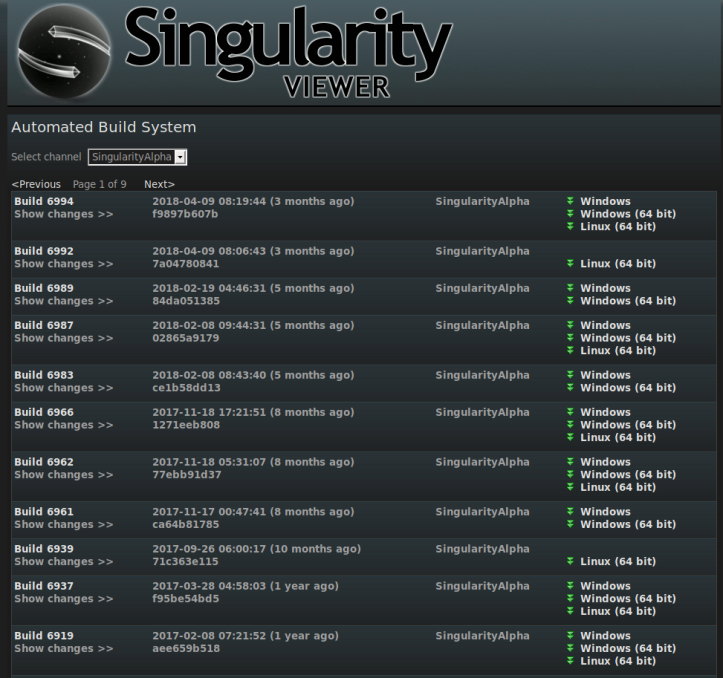 That’s the page everybody goes to for their install files. The official version is outdated and doesn’t even show Bento, so 6994 is the recent viewer de jour. And a not too small number of downloaders choose the Linux 64-bit release. And when you are on some or the other Arch based distro you can even find the lastest version in the AUR, so there’s no need to surf to Singu’s homepage. Well, usually.

Of course it doesn’t werk on Orca’s computer and Router had to get tricky with me. But now almost everything is hunky dory again. Whoooohoo!