Second Life’s grid is an almost organic organism, in a non-static state of permanent shifts and changes and earthquakes and continental shelf shifts and moves and tumbles. But what we also see, or sometimes not even see, are the small changes, so subtle you won’t even notice on first glance. Blink and you missed it! 😮

As has just happened to your mostly nekkid onsen reviewer. Get this. Look and listen:

When I logged into world  this morning I was a) much too lazy and tired to tackle the big decisons and heavy workload regarding the next segments of the build on my new parcel and b) had a feeling as if today would be a good day to scout for a new onsen. You notice a good procrastination tactic when you see one, right?

When I opened the Search and looked for onsens, I stumbled over an onsen, going by the name of Hikari. And something in me made *click*, a certain feeling of deja vu set in. But when I searched for Hikari in this blog nothing came up. Hmm.

So I TPed to the newly found Hikari and the deja vu became so overwhelming I had to do something. Kinda remembered something about a weird towel they’re handing out.

And this pavillion! I’ve been here before! So why doesn’t show anything up in Thar She Blows! when I search for Hikari, even if the name sounds so familiar? So as a last ditch effort I type in towel in the search bar. And voila … indeed I was right … kinda. 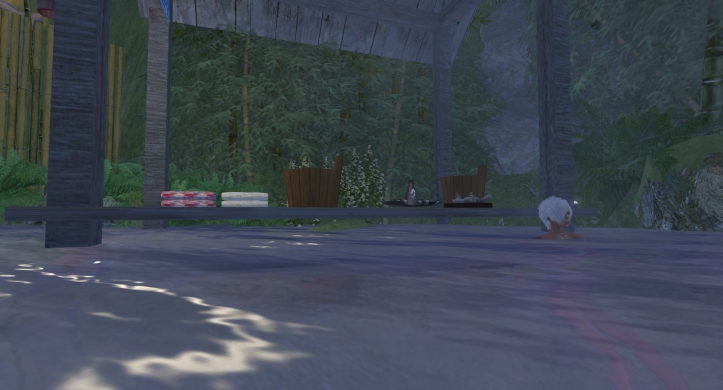 It is the same onsen. And yet it isn’t! Changed name from Hikaru to Hikari, and also locations. And, oh, I guess it was shrunk by some amount. The new onsen is just 448 m2. And no sign of the promised snow.

Enjoy this snowy Onsen hot spring in the Mountains of hikari. Bathing, relaxing, washing, cuple animations and much more to use. 温泉 湯 ゆ
Hot spring, Bathing and cuddling.

Okayo, that riddle is solved, my brain is certifiably still working somehow correctly, so I can enjoy soaking in the hot spa.

Like at my last visit some of the sparse but nice anims are in balls, but not as big and in-yo-face as at the od location. Gone is the little snowy pool and the overall pool area is much smaller now.

The waterfall/shower is brutal! More like a police waterthrower. But no problem for an indestructible SL avatar. 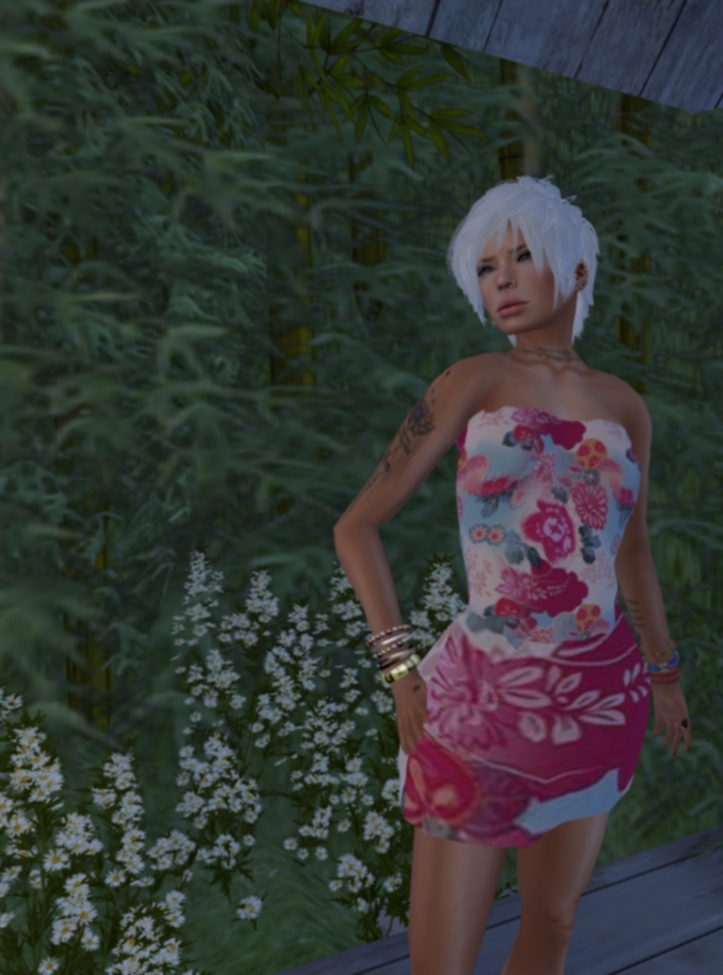 As if I needed the confirmation. Yes, they are still handing out a free towel (which is nice) which is indeed a minidress from the early days of SL (which is a bit less nice). That’s not how towels work!

CONCLUSION: Despite the loss of land and the snowy pool this reviewer prefers the new Hikari over the old Hikaru. It’s not easy to put in words, and also highly subjective but my feel-good factor was a good piece higher at the new location.

I like Hikari particularly for not being loud and the lack of any show effects and party tricks. It’s just does what an onsen is supposed to do. Supplies the user with cleanliness and stillness and a bit of meditation and much of gokuraku. Also it’s nicely secluded so you’re safe from peeping toms. I guess that’s important for some of yas.