The One Computer to End it All!

Guysguysguys! This is it: The last computer you’ll ever need! In terms of serious geekery and Linux distro testing and office work that is. Not for gaming or Second Living tho, since this thing won’t have a dedicated graphics solution. But apart from that you can’t get any better than this.

When I just blogged about the nifty Azulle Inspire and told you it was the bestest Linux try-out machine ever (!) … well, I was maybe a bit too quick with my verdict. Totally had forgotten Thar She Blows! reader and tek wizard ladyjacqueline 1234 and her superior knowledge of all things hardware. Coz she came up with a more than capable alternative to the Azulle, a far superior alternative! In fact she came up with the Linux to my Windows. 🙂 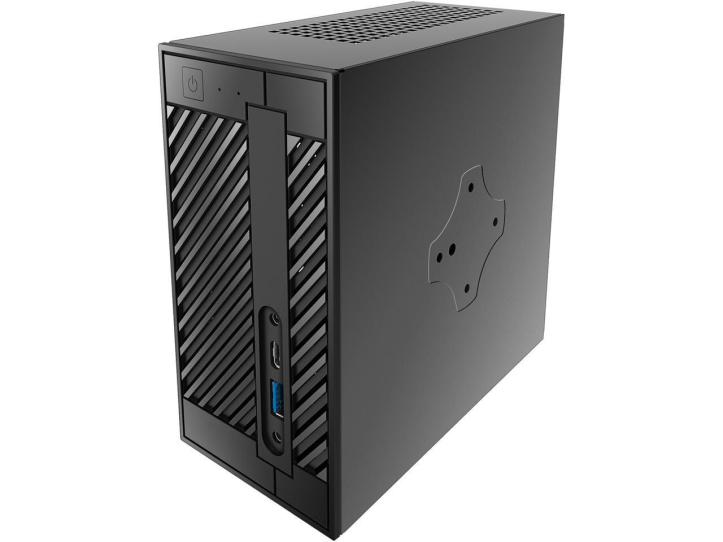 The Asrock Deskmini! This is a barebone you can get for 137.99 $ from Newegg (if you happen to dwell in the States, for availability and pricing in other countries look at your country).

Barebone means you get the sexy little case, the new MINI-STX formfactor mobo and an external 110W powerbrick. You add any Intel chip you fancy, some RAM and a SSD or spinning drive, and Bob’s your uncle. This means you can put a fancy i7 in there or a lowly Celeron proci, make that machine as cheap or expensive as you wish. Cool, eh? 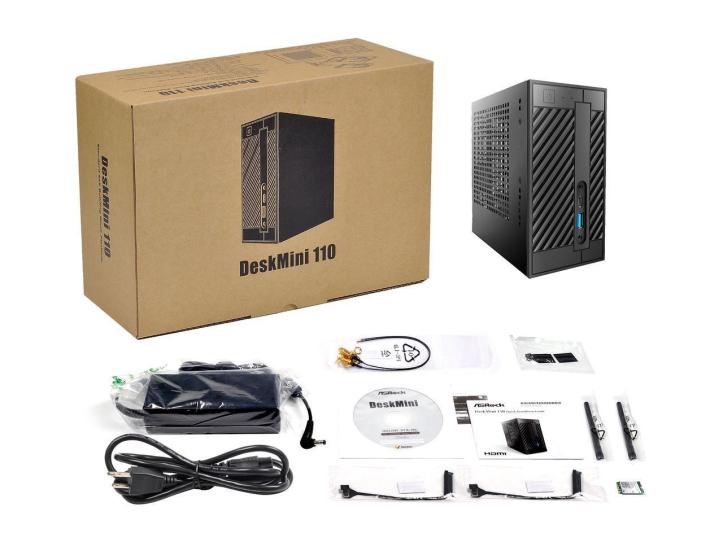 Yes, you’re right, I blogged about the Asrock Deskmini already once before … but that was a version with dedicated GPU and came in at around 800 $. A bit too much for just testing Linux distros, right? Otoh, if you’re thinking about using it for more, say for example: Playing in SL, why not go that route. 800 bucks for a very capable SL and gaming machine is a word isn’t it?

BUUUUUT! Ok, see what happened here now? How easily the good old Jackie, as well as the stupid old Orca tripped in the same old consumer trap? Yes, 137.99 is a good, a very good price for a nifty barebone PC. But you gotta add CPU, RAM and storage. And who wants to have always the most cheap shit? So with some bold decisions, and in a matter of seconds, you by far exceeded your budget with any of the Asrocks.

Which brings us back to the humble but clever Azulle. Let that machine be slower and based on laptop technology, the price is still unbeatable. And that thing is, like, totally silent … psssht …

Jackie and Orca are both correct, so I guess you can trust us in our expertise. The decision for the right machine for you and your needs depends on a number of factors that need to be considered:

If it’s budgetary reasons alone you go for the Azulle Inspire (or any other Azulle micro PC). It’s cool enough to throw some Linuxes on, surf a little, read Orcablog, check the Marketplace, and write The Novel of the 21st Century on it. Cool beans.

If it’s about raw power on a budget you go for the Asrock DeskMini. This is a real PC, a versatile machine you can configure any way you want. From a weakling accounting numbercruncher to a powerhouse PC, you can make it what you want.

If it’s about sexyness and gameplaying you decide for the Asrock Deskmini + GPU. This ain’t the cheapest but one of the cutest real gaming desktops. Perfect for LAN parties and other boy’s activities.

or just get any old – but not too old – laptop (preferably IBM/Lenovo ThinkPads) and go your merry ways.

Now you know what you gotta do, now JUST DO IT!