Hey, before I take off on a long and angry rant let’s first watch a video, ok? It’s about one of the main reasons why many users refuse to switch to Linux: “But I must have muh PS! Gimp can’t do what PS does, so I gotta stick with Windoofs!”

I’m not using either of those softwares in a very professional or in-dephts manner, so I gotta go by Tom’s expertise. As you should as well, coz Tom, as a profi website builder, knows what he’s talking about:

Then it’s time for little angry Orca to go on a ranty rant about why you not only should but must make the switch now … or I better make it short and just write in easily digestible Header Lines:

Linux is not more complicated than Windows/AppleOS! If anything it’s easier. It’s just not Win/Apple, but different. In a positive way. Is a very flat learning curve too hard for you? Can’t you just unstuck your mind, unlearn some unhealthy habits you were trained to do in the Win/Apple realm?

Linux can do everything Win/Apple can do … and then some. Just gotta know how. It’s not that hard. If you can operate PS you surely know how to handle the GIMP.

Linux gives you freedom! I know you can’t hear all this philosophical shit anymore, and I didn’t mean it that way neither. I was talking about very practical freedom, financial freedom! In Linux you neither pay for the purchase of a software, nor any mucked up licensing or prescription fee. No re-occuring monthly costs! And that’s a biggie for small and new enterprises. 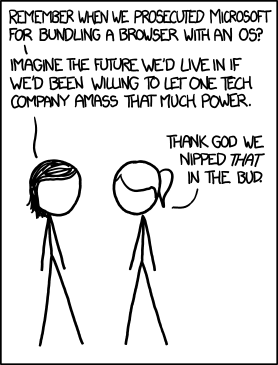 There is NO industry standard, only quasi wannabe standards. Standards as imposed on you by Win/Apple and their minions Adobe and other software houses. Nothing they do is of any necessity other than raking in as much financial profit as possible. All those subscription models, the payment tiers. Do they make the software any better?

Even if you accept certain proprietary file formats as standard, Linux can handle those. It’s no problem for Libre Office to handle and create .DOC files, if you are so inclined. I guess MS Office won’t be flexible enough to return the favour.

The whole Win/Apple environment is still a thing for only one reason. And that’s even a very stupid reason. It’s the lazyness and inflexible minds of the pre-conditioned users. When school kids already get told that Win/Apple is the only way to operate a computer, it stucks with them during their formative and adult years. And if you’re using an Apple instead of a cheapo Windows machine you can already feel smug and sexy like a bonafide rebel. It’s all just a huge beeeeg hoax, a marketing scheme, a trick.

It’s very reprehensible to even imagine Apple’s computers in relation with most of the portrayed people in the video. I wonder what Gandhi would have to say about Apple’s cultural appropriation, or how useful Einstein would find a weakling iMac in order of deciphering the universe. If they truly were rebels nowadays, they would stand up against Apple and Microsoft and truly Think Different. Because they believe in different thoughts, not in what Apple tries to sell them as Think Different!

And now go and get your Azulle Byte 3 , buy it right from that link and get your Linux started! And fuk Microsoft/Apple in the ass! Just as they did it with you for much too long now.

You may thank me later. 😉