Here’s a collection of 10 most bizarre Linux distros, from slight changes in the appearance up to heavily modified softwares. Only one thing they all have in common: The awesomeness of human creativity … and being Linuxes of course. 😉

Let’s start with a non-starter: My search for the legendary Porn-oriented LinuXXX not only failed to produce a download link but didn’t come up with any photographic material neither.

Hannah Montana Linux is kinda famous in the Linux comunity since it’s not just fluffy and pink but based on a rather functional Kubuntu base. 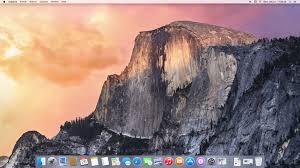 Gmac (formerly PearOS) is a lame-ass attempt to make Linux look like Mac OS. You know my stance on such bullcrap. I rest my case.

Now Apartheid Linux is so appaling I won’t even look into its underlying technology. And I’m not even sorry for my ignorance. But I hear it’s pretty “secure”. 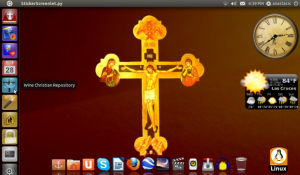 Ubuntu Christian Edition is nothing but a vanilla Ubuntu with some Christian tools on top. Bible and stuff like that. Maybe nice if you’re that way inclined.

As a pop starlet Rebecca Black never made it outside of the YouTube curiosity cabinet. That’s quite contrary to Rebecca Black OS, which like Justin Bieber Linux, is based on Debian’s testing repo and therefore much less a joke than most of the other distros here.

The Linux for all fans of Kim Jon-un. And, honestly, who isn’t? Red Star Linux, as North Korea’s official state operating system, for all of its nearly 1,000 internet users, is everything but a joke. But contrary to what many Western demagogues are stating it’s indeed more secure against invading malware than a spy system itself. Although it can be used for that as well.

Ubuntu Satanic Edition, quite contary to its Christian nemesis, is a pure joke. Aside from some design elements there is nothing worthwile to gather from this make-believe ultra-evil OS. I recommend it for the 12 y/o death metal fan who’s hidden deep inside our spouses.

Suicide-Linux is far from like real suicide, geeze, what was you thinkering? It’s more or less a joke and a system for Linux beginners who want to learn the hard way how sloppily typed terminal commands can eradicate you whole system in one swift go. 😮

NO! Just No! No, I don’t recommend any of the aforementioned Linuxes. Not for you, not for anybody. None of them are even remotely beginners friendly and not even the more expert oriented systems in the list are anywhere near the top of their fields. If you’re looking for a bomb-proof, no-nonsense rock solid stable Debian system you fare better with Point Linux or MX-16. When you need a penetration testing and hacking system I guess Kali Linux serves you better than Apartheid Linux.  And you won’t be anywhere near the fukn white supremacists.

Believe me, after a while you’ll follow me and the much more clever Trap and my personal Linux guruine Jean Horten on to one of the many Manjaro Linux flavours anyway. Manjaro is the most fluffy and dummy-friendly way to appear like an expert, your gateway into Arch Linux. But, whatever you do, don’t waste your time with any of the Linuxes from the list.